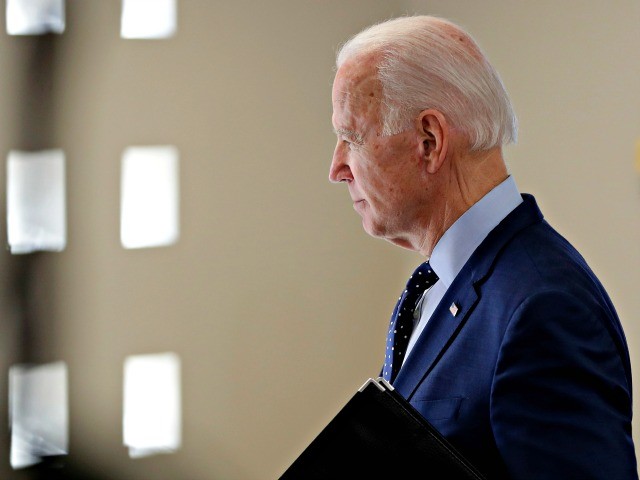 Appearing Thursday evening at a CNN town hall event, former Vice President Joe Biden committed yet another gaffe by mixing up the 2010 midterm election with the 2016 presidential election.

Former Vice President Joe Biden says he thinks it’s possible to work with Republicans in the future, but added that they are “definitely afraid because this President is so vindictive.” https://t.co/c9dKku24nC #CNNTownHall pic.twitter.com/T6AEUXDyW0

A partial transcript is as follows:

TOWN HALL QUESTIONER: Do you think it’s possible for you to work with Mitch McConnell in a way that would benefit the American people? The Republicans stonewalled President Obama. What will you do so they don’t do the same to you?

JOE BIDEN: First of all, Mitch is not my closest friend. He did stop the judges from moving forward, the Supreme Court Justice that we wanted to do. He has been an impediment to an awful lot of things. But I’ve also been able to work him to get things done. For example, remember when he was going to close down the government on New Year’s Eve Day and he said he wouldn’t negotiate? We were about to go into bankruptcy as a nation, we weren’t going to pay our debts for the first time ever. And he said, “I’ll only talk to Biden.” He wouldn’t negotiate with the president any longer. I walked into the Oval [Office], as I did every morning, and I said, “Mr. President, I haven’t called him back” and he said, “You’ve got to call him back.” I said, “He’s just trying to embarrass you” and he said, “call him back, see what you can get done.” Well, I called him back and we had a head-to-head negotiation, where I made it clear what was going to happen if he did not find out a compromise. Here’s what happened: First time in American history, Republicans voted to raise taxes on the wealthy by $650 billion.

It really matters what a president says, what a president does, and how we get things done. And when you can’t get them to agree with you, you go out and beat them. I really mean it. Remember what we were told. The reason why we lost the Congress in [2016] was because of Obamacare, remember? And by the way, it probably was. People didn’t know what it was.