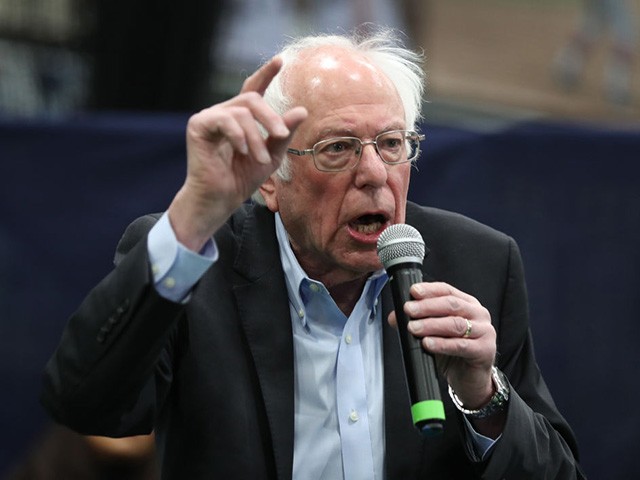 On Wednesday’s broadcast of CNN’s “AC360,” 2020 Democratic presidential candidate Sen. Bernie Sanders (I-VT) fired back at Democratic strategist James Carville over Carville’s recent criticisms of him by stating that Carville “is a political hack, who said very terrible things when he was working for Clinton against Barack Obama.”

Sanders said, “James, in all due respect, is a political hack, who said very terrible things when he was working for Clinton against Barack Obama. I think he said some of the same things. Look, we are taking on the establishment. This is no secret to anybody. We’re taking on the — I guess the former head of Goldman Sachs attacked me yesterday. … And the insurance companies don’t like me. And you know what, the pharmaceutical industry, which is charging us ten times more for the same drugs they sell in Canada, they don’t like me either. Nor does the fossil fuel industry. Because their product happens to be destroying our planet. Nor does the military-industrial complex, or the prison-industrial complex. We are taking on Trump, the Republican establishment, Carville, and the Democratic establishment.”

How to Safely Grocery Shop During Coronavirus | NowThis

WOW! Deep State DOJ and FBI Still Have Not Responded to GOP Senators or Filed Charges Against the Far Left Activists for Criminal Conduct During Kavanaugh Hearings
ANOTHER RECORD HIGH: DOW Reaches New All-Time High – Up Over 60% and 11,000 Points Since 2016 Election
Comment

How to Safely Grocery Shop During Coronavirus | NowThis